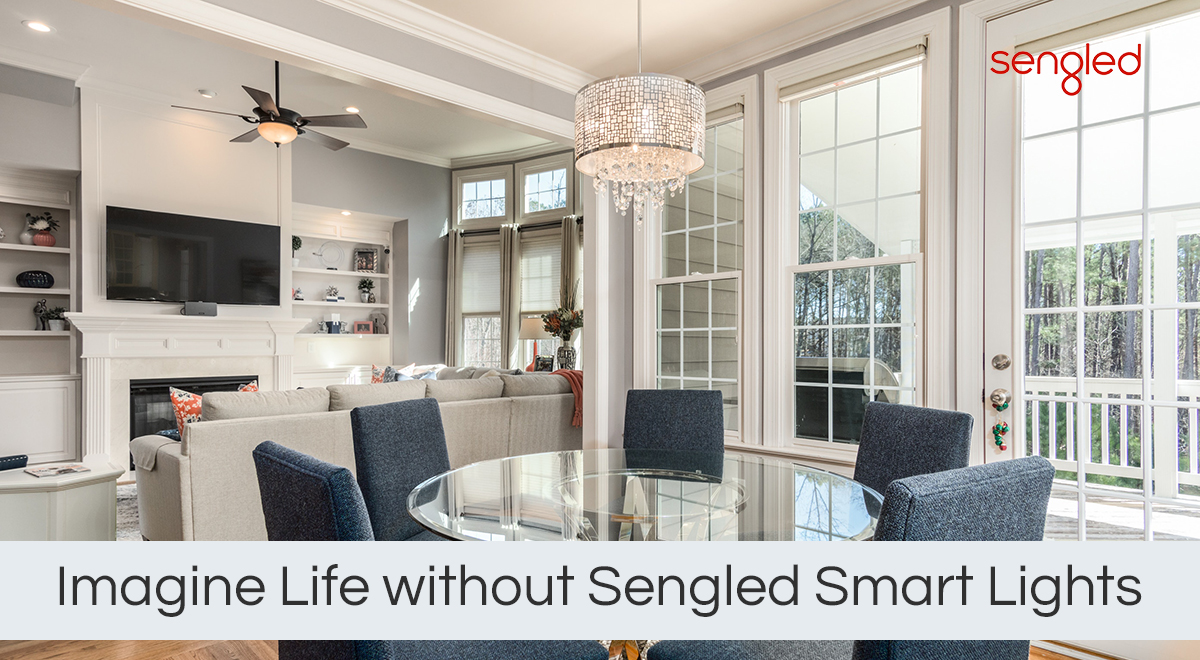 We’ve now come to a point where we have started taking technology for granted. We do no longer have to worry about the little things in life like washing the dishes, our clothes. Even putting them to dry which seemed like an effort is now marginalized with the help of technology. Think about the smartphones you use on a daily basis and how they’ve completely changed the entire facet of communication and helped make the world a smaller place. News from across the world literally available to you within seconds. Then there are Sengled smart LED lights that make your home more convenient a comfortable just by being around. What would happen if all technology would disappear? We shudder at the thought of not going home to the best smart lighting system. Let’s look at some hypothetical scenarios.

1) An Increased Inconvenience
One of the first things that come to mind about life without Sengled Lights is the increase in inconvenience we would have to face. Can you think about all the times you’ve forgotten to turn off the lights and had to walk all the way back to the living room just to turn them off before returning to bed? These days thanks to Sengled smart LED lights you can control the lights in your home from the palm of your hands. Sengled even has the motion sensing LED lights that turn off as soon as there is no one in the room.

2) An Increased Spending
Another terrible side effect of not having any Sengled LED smart lights would be an increase in utility bills across the year. Sengled LED light help you save so much on your utility spends if they did not exist who then would you rely on to use electricity more efficiently, turn off automatically when not required, and adjust to change the atmosphere of the home? It would truly be a very inefficient home to live in.

3) An Increased Boredom
There have been plenty of occasions where the Sengled Pulse has set the entire tone of the night. From high-quality sounds from the stereo JBL speakers embedded in the casing to the ability to control the playlist without having to shuffle around the house and interrupt conversations. Another excellent Sengled product that I would really miss is the Sengled Mood. Apart from the music of the Sengled Pulse, the Sengled Mood is another smart LED lighting system that really changed the environment for the occasion without me having to put on extra lights and getting in decorators or too much additional effort.

4) Increased Pollution
Sengled Lights have been built keeping in mind the not just the user requirement but also that of the planet. Sengled is one of the first companies to build a carbon neutral smart LED light bulb. What does this mean? It means that any minuscule pollutants that Sengled may release into the atmosphere during the production of Sengled Element are negated by all the positive efforts the company is taking. For every Sengled Element light bulb, you purchase the company donates an amount to ensure that a plant is grown to increase the green cover in the country.

Conclusion
Obviously, life would go on without technology and definitely without Sengled LED lights but it just would not be the same. For one thing, I’m extremely glad that we’re living in a time where technology has made our lives so much more convenient. Also, companies like Sengled have given me hope for the future in an effort to save our planet for destruction. If you are considering getting better, smarter LED bulbs for your home, get Sengled.