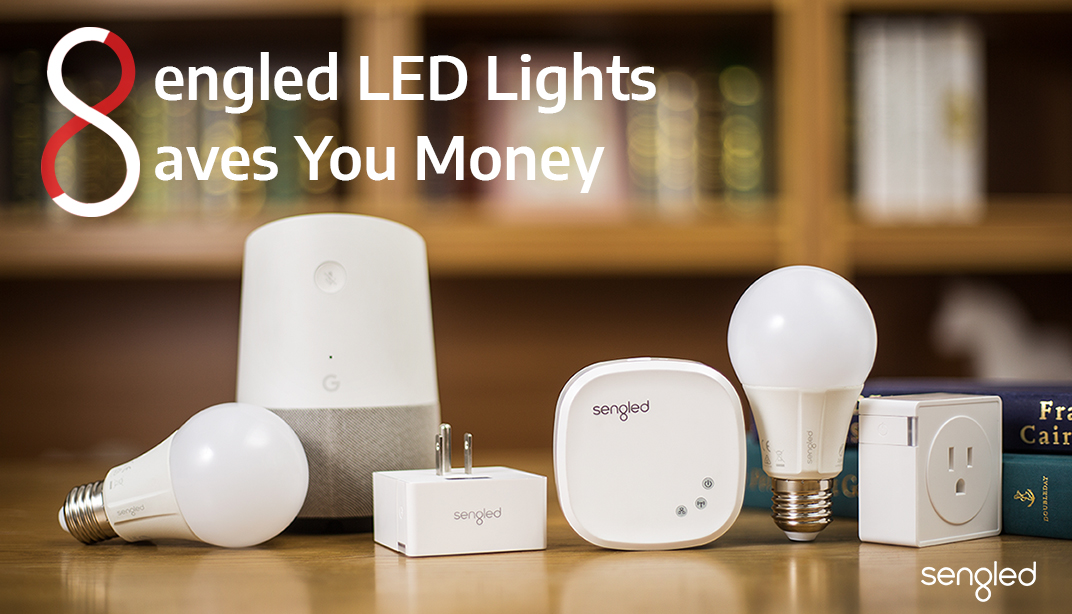 When people think about smart LED lights the first thing that usually pops into their head is the cost involved in switching from CFLs to LEDs. This is a very normal thought because people only think about one aspect of the costs involved, the immediate costs. But for a moment I implore you to think about all the money that you can save by using LED light bulbs. If you’re not aware about how Sengled LED light bulbs can help you save money read on to know.

3 Ways Sengled LED Light Bulbs help you save money
Keep aside the slightly higher initial cost that you might have to incur to buy LED lights and think only about the points we’re going to mention below.

1. Higher Efficiency
Compared to regular incandescent and CFL light bulbs, LED light bulbs to have an almost 90% higher efficiency rate. What this means is that they use the energy provided to them more efficiently and thus provide better lighting while at the same time consuming lower amounts of energy. An average Sengled LED light bulb can give you energy savings of up to 50% more than the incandescent light bulb you currently have installed in your home. Essentially this boils down to a lower utility bill for the month and savings that are worth it.

2. Higher Lifespan
On an average Sengled LED light bulbs can last approximately 2 times more than your average incandescent light bulb. This ultimately leads to higher saving because you don’t need to constantly replace the lights in your home. The Sengled Lifetime LED bulb has the distinction of being a LED lightbulb with one of the longest lifespans as compared to the rest of the competition. It even comes equipped with a smaller LED screen on its case so you can see exactly how many hours it has already completed. By having to install lights fewer times a year you can easily save hundreds of dollars over a year.

3. Few Lights Required
While it may seem like CFLs and incandescent bulbs glow the brightest it is, in fact, the LED bulbs that are the most efficient lighting solution. This is why you only need a few LEDs to effectively light up a room while you would need a larger number of CFLs to cover the same area. In short, you would need only a few Sengled LED’s to cover a larger area thereby saving costs in the long run once again.

4. No Need To Change Fixtures
Another worry most consumers have or rather doubt about changing their regular lights is the fear that they might need to change all the light holding fixtures. Sengled has kept that in mind and ensured that all it’s LED light bulbs fit in the pre-existing lighting fixtures that most homes already come equipped. No unnecessary overhaul required and no additional costs incurred in shifting from CFLs to LEDs.

Conclusion
While it’s also better for the environment to have everyone shift to LED light bulbs we’re not even going into that debate at the moment. We know that it’s not easy to change all light bulbs in one go. All we ask is that every time one of your existing light bulbs go out, you can replace them with an LED bulb and see the difference for yourself. If you need more information about LED light bulbs and how they can save you costs then keep reading our blog, or get in touch with one of representative via email or call. We’ll be more than happy to answer any of your questions.